Welcome to an era where some people think that being single is a luxury. Whereas marriage with children for them is considered as slavery, or even worse, a prison sentence! My single friends say that commitment has become an old-fashioned theory of the past. What is happening to our society and why are people so scared of the “C” word? Could it be that in the near future, we will only be able to read about commitment in history books?

My friend Gloria was dating an executive director of a very well known bank in Frankfurt. They met at the JFK bar of the magnificent Villa Kennedy hotel. He was sitting at the opposite end of the bar with his colleagues and she was there with her best friend. “Tony” is a very powerful and well-known man in this city, but Gloria didn’t know who he was. They hit it off right away, talking about travel, culture and art. She was very opinionated and had a lot to say – that amused him very much. She was a hot little firecracker, he thought. He took her out to lovely restaurants and treated her to delicious food and wine. He tried his moves on her, but Gloria didn’t want it to go too fast. She always made the same mistake in the past by sleeping with men too soon. However with this one, she decided to take her time. Tony was very turned on by this. The more she said no, the more he wanted her. Four weeks later she decided to finally sleep with him. After a long romantic dinner, they went back to his flat. They hardly made it upstairs and started undressing each other in the small antique elevator. She accidentally ripped his shirt buttons and her friskiness drove him wild! They had sex three times that night, and stayed up until the morning hours, talking about life, love, honor and adventures. She felt at ease beside him. He caressed her and his gentle touch confirmed his feelings towards her. She left his flat the next day skipping and singing, elated with happiness!

She waited for his call that evening, but her phone did not ring. They met a few days later, but she felt that everything has drastically changed. There was no more romance or effort on his part. She felt it was over and this feeling made her sick to her stomach. He was cold, distant and even a bit mean to her. Gloria called me crying desperately. “Why?!” she asked. “What did I do wrong?” She said they had such nice deep conversations, shared secrets and dreams, had so much in common and had such fun together. She thought that he might be “The One”. She was devastated. She couldn’t eat or sleep for weeks. She felt so hurt and betrayed, but worse of all, she felt used. Gloria is a great woman – she’s smart, attractive, warm, funny and very feminine. What the hell was wrong with Tony and why did he do this to her? A few weeks ago he looked her straight in the eyes, saying how much he liked her. But month later, she saw him with three different women. Is Tony simply an asshole, or is there another reason behind his disgusting behavior?

What is the real reason behind fear of commitment? I came up with three possibilities:

1. People are looking for “the next best thing.” Some people have a constant sick need for something bigger, better, sexier, richer, funnier, skinnier, curvier, younger… more more more! Since everything is offered by the masses these days – like on Tinder – there are limitless possibilities and temptations everywhere, so people think to themselves “Could I do better?”. There is nothing wrong with searching for the right one, but to the temporary “place holders” you are dating, you might actually be their dream partner! Therefore tell them right away so that you don’t hurt and damage them! For the ones suffering in this situation, open your eyes to the truth. It happened to me before and I know it hurts like hell, but you can’t force love. Don’t you want someone who truly loves you, and not someone that you have to run after and feel stupid doing so? Respect yourself and know your worth. Move on.

2. People have been hurt badly in the past and are scared to go through that pain again. What about, “No risk, no love”? Getting hurt is a bitch, but we have all been there. (Some like myself, even more than once). I tell my friends to find their courage and get back into the boxing… or rather, dating ring. It’s a 50/50 chance to get beaten up again, or come out as a champion with the love of your life beside you. You must allow yourself to have another chance in love. Don’t turn into a victim full of anger and bitterness. Lick your wounds, gather your strength and go back out there again!

3. People want to simply enjoy the sex buffet with no strings attached. The Internet offers lots of fresh meat… oops, I mean flirts and dates, everywhere. When going out, some even offer themselves on a platter, “Take me, take me!” If you want to enjoy the sex buffet, it’s your right to do so. But let the person know in advance and don’t give them false hopes of a future together – don’t hurt people, be fair and honest! Don’t do what Tony did to Gloria.

If you want a serious long-term relationship, stay away from the people with the a­­bove mentioned symptoms. These “illnesses” do not have an over-the-counter cure. Fear of commitment is extremely difficult to cure! My advice is to listen to your gut feeling. Put on your magic glasses, and look carefully through the “Lens of Truth”. Play Sherlock Holmes, and pay attention to the small things they say or do, because the truth always comes out. Don’t be fooled by their words – actions speak louder than words – so pay close attention to their deeds. Also look carefully at how they act around their family, friends, animals, children and elderly people. Take your time to get to know them better before offering your beating heart.

Photo by my talented Mama: Polina Brener. Check out her Facebook page: 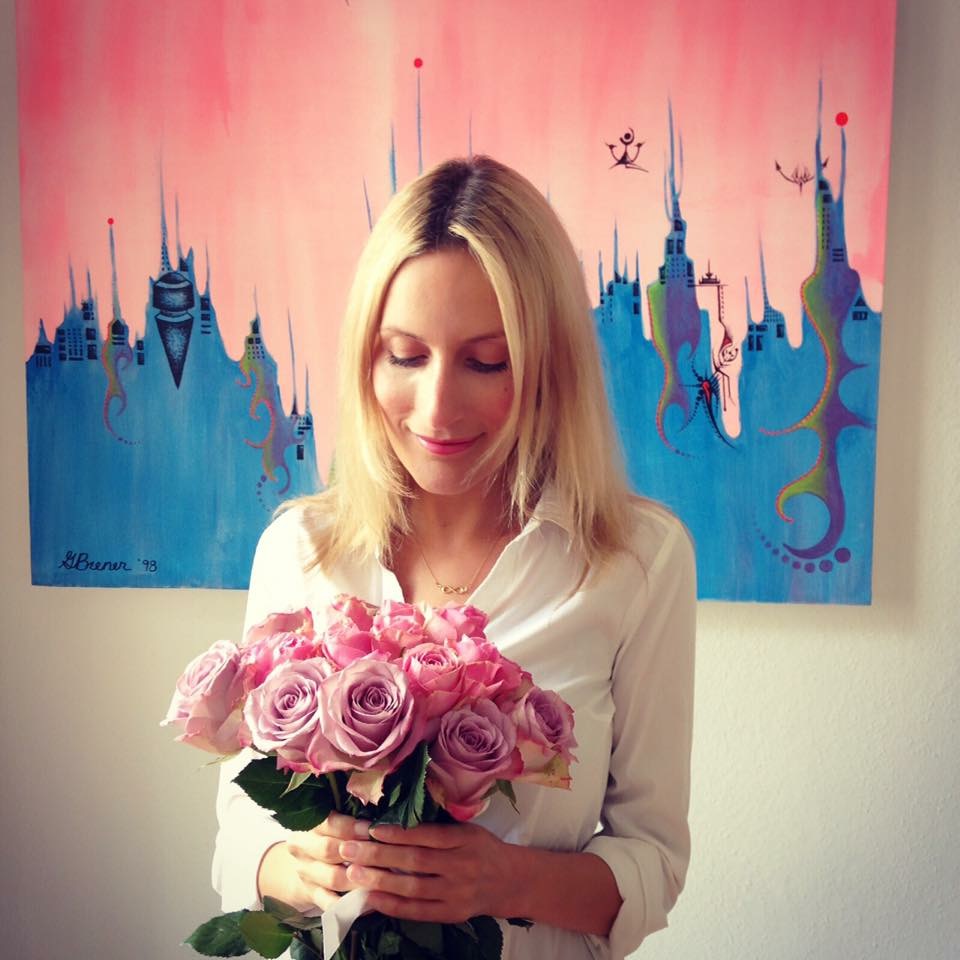 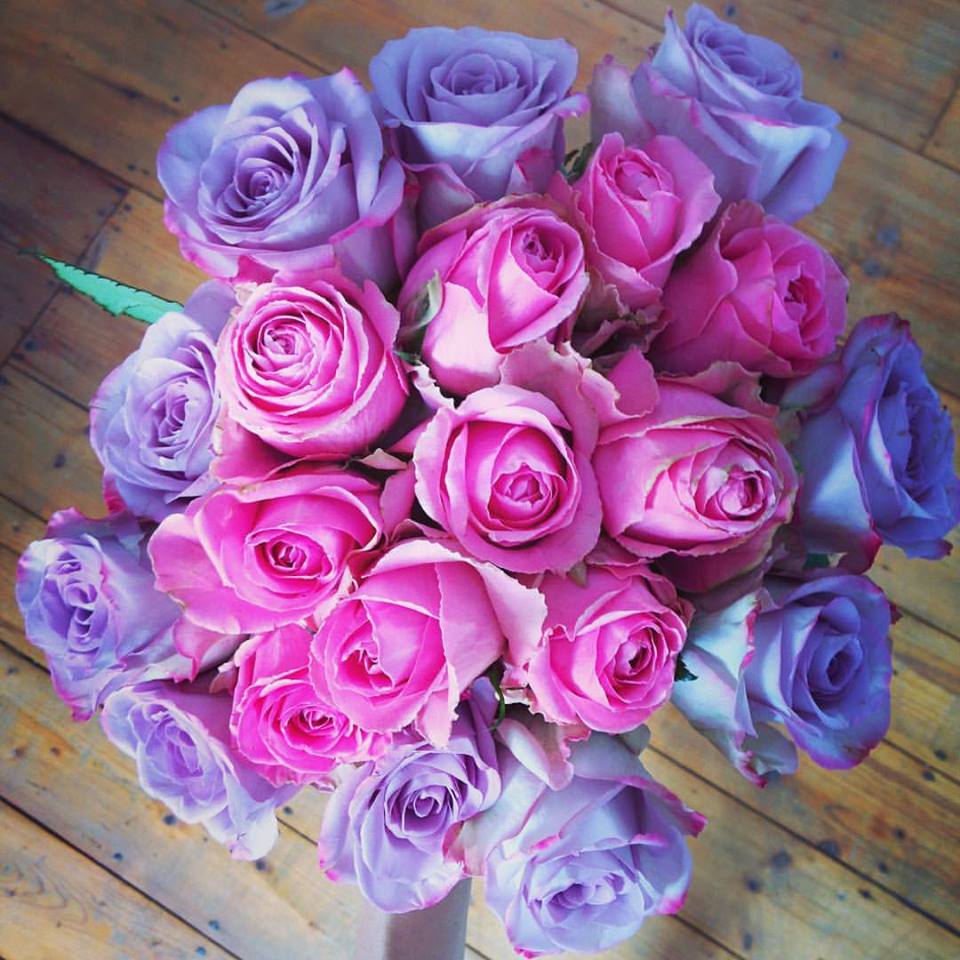 Apéros Bordeaux – Party in Frankfurt on Sept 10th with a French twist!

IAA Diary: Tuesday 15.09 – Maserati/Zegna party and the pre opening of the Matrix!