Men get Botox too?! https://www.galiabrener.com/wp-content/uploads/2015/01/Kissing_skull.jpg 640 250 Galia Brener Galia Brener https://secure.gravatar.com/avatar/93df0625fa48660aad1c99698d5d7757?s=96&r=g January 23, 2015 November 5, 2016
Since we are pretty much in the process of reversing roles, with women growing balls and men getting in touch with their feminine side, the concept of Botox for men fits perfectly into this chaotic world. However, what I do find excellent is that women these days are looking younger and younger. If you compare a 50-year-old woman today to the ones in the 1950s, it’s like day and night. Since we have started looking at least 10 years younger, and have excellent jobs and salaries, we can allow ourselves to have handsome younger men on our sides as well!

Gone are the days when women have to have an older man to support and take care of them. So what does that mean for the older men? It means that they have to keep up with a younger appearance and make more effort to stay in the game. The wallet and cars don’t get us women anymore. Today, even most of the younger girls date men their own age and not run to the older daddy-type for money. Women are taking younger lovers, and men are using Botox to catch up. Wow, we have come a long way. Bravo.

My friend Heather stared dating a new guy a few weeks ago. I have to admit that he looked good for his 45 years. The problem is that he is a show off. He prances around in his Jag, drops names of important people to impress her, and shows off about his food and wine knowledge in front of the waiter in the expensive restaurants. This annoys her to death. A week ago she wanted to eat a normal burger and fries, and he was appalled by the idea. Everything always has to be over the top with him. Last weekend we all went out together and I met him for the first time. I was shocked because Buddy didn’t move his forehead all night, even while trying to laugh at some jokes! I told Heather later that I think he gets Botox, but she laughed it off and ignored my observation. A few days ago, she met a plastic surgeon friend of hers for lunch – one of the most famous ones in Frankfurt actually – and he confirmed that her new guy has indeed been coming to him for Botox for years now. As a matter of fact, he’s a Botox junkie and gets injected more often than I take vitamins!

Of course he can do whatever he wants to with his life, but Heather confronted him anyways, and he admitted it. He said that he needs it to look younger and feel better about himself. He also admitted that he couldn’t go longer than half a year without Botox because otherwise he can’t look at himself and his old face in the mirror! His extreme desperation to look younger shocked heather, and it turned her off completely. She came crying to me, saying that he is not normal. I explained to her that we live in a time where there is no more “normal.”

What is normal today? To this guy, getting Botox was normal. I told her to accept him as he is or move on. Forcing a person to adapt to your morals and way of living is not normal or healthy either. She decided to stop dating him because she found his behavior to not be masculine enough. I told her that I collect robots and love old timers, and that’s not ultra feminine either. We cracked up on the floor and had a laughing attack about the confusion of this world and her Botox monster.

I think that unfortunately it’s a new trend and many more men will be getting Botox soon, but never admitting it. It started with the manicure and pedicure for men some years ago, and now there is no stopping the wheel of terror. Dear men, please save yourselves before it’s too late! You don’t need Botox. We like you looking wrinkly and manly. Instead of investing in plastic surgery, please buy a horse, some heavy cowboy gear and go riding. Come back to us after spending a few dirty days in the desert with a 3-day beard on your face and get your old masculine grin back. And please, step away from the needle.

Men that use Botox and women that earn an incredible amount of money, looking younger and better than them with the same age, wearing pants and collecting robots! I wonder if Aldous Huxley ever imagined in 1932 that it would actually come to this. Forget his brave new world and welcome to our crazy parallel universe. He would be so proud now. 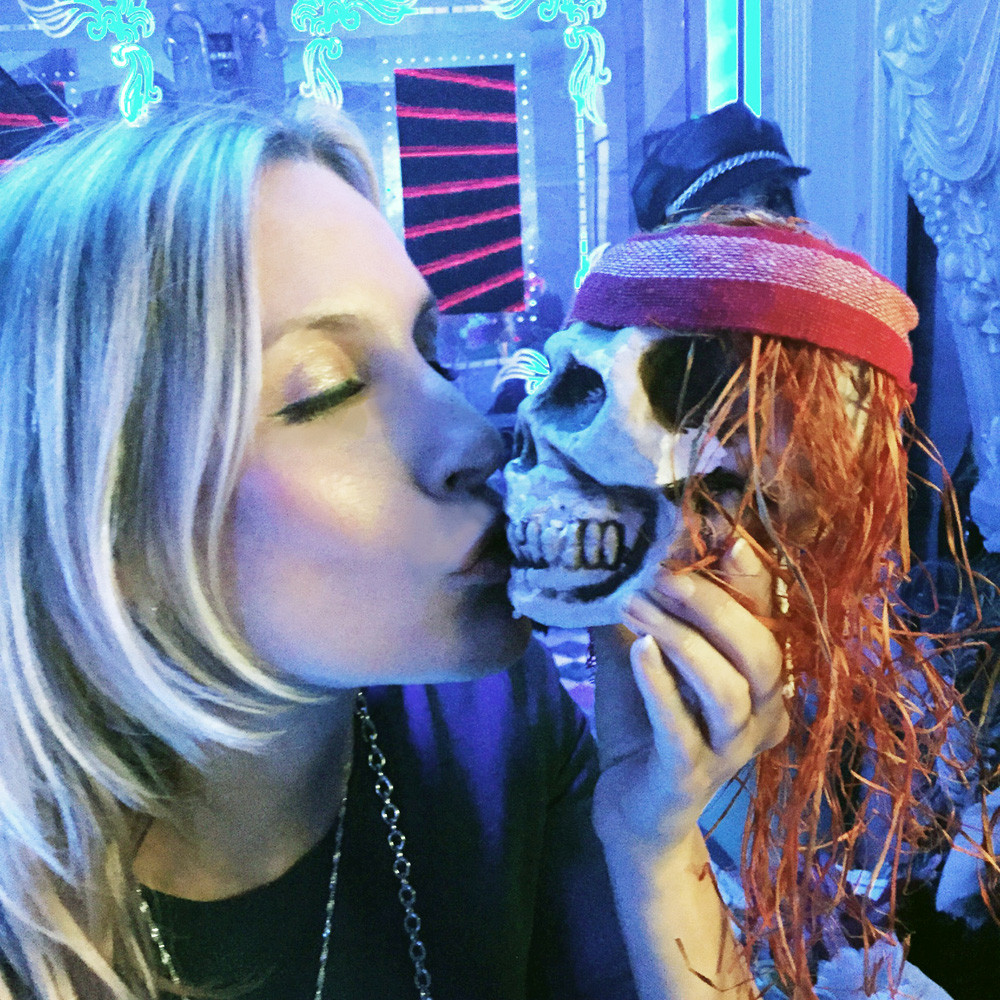