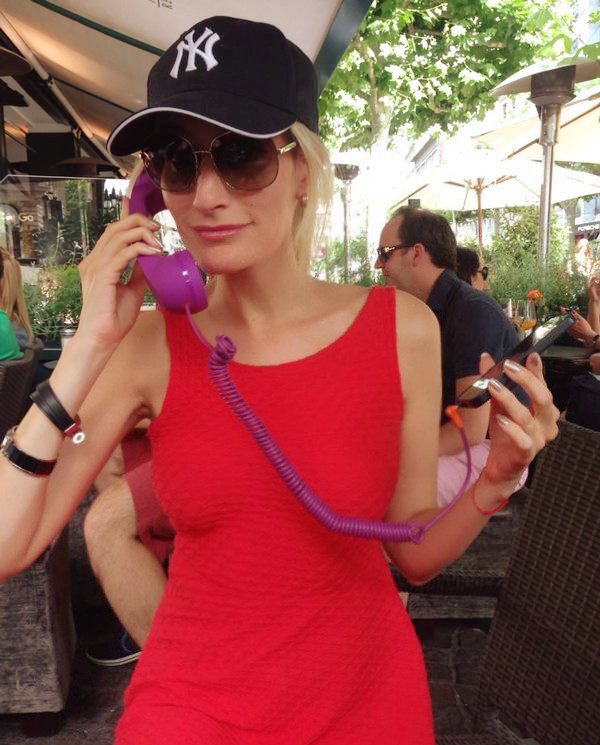 Don’t just text. Call! https://www.galiabrener.com/wp-content/uploads/2015/01/FullSizeRender.jpg 600 745 Galia Brener Galia Brener https://secure.gravatar.com/avatar/93df0625fa48660aad1c99698d5d7757?s=96&r=g January 16, 2015 November 5, 2016
We live in a confusing time where relationships start, develop and end on the smartphone. Having the phone constantly around us is not even the main problem anymore. A much larger issue is that when meeting potential lovers, the preferred way of communication is: texting. Who the hell calls nowadays? Calling each other at the beginning is simply not the standard anymore. Welcome to generation texting. Such a romantic generation!Our phones have become the center of our existence. I myself am guilty of always having my phone in my hand. I have gotten so used to it that I sometimes don’t even realize I’m hanging tightly onto it. This is a strange phenomenon that is too late for us to change because the “phone habit” is so deeply imbedded in us. What’s even more peculiar is the “texting habits” of our time. Today two people meet and will text their brains out until they go out a few times. Either the dating holds for a few more times or they don’t meet anymore, notifying each other via texts that it isn’t working out.My friend Gloria met a guy she liked on Tinder. Belonging to generation texting, they wrote each other back and forth for a few weeks. I asked her why they haven’t spoken on the phone yet, and she said that he doesn’t call her. My advice was to say that she wanted to hear his voice, but she was shy and didn’t suggest it. Sometimes they wrote back and forth for hours each day and on the weekends as well. Why not simply pick up the phone to “say” hello? They finally had their first date and things went well. Of course the communication continued via WhatsApp for the few weeks after that. They kissed and even had sex, but never spoke on the phone. How the hell does that happen? Apparently today, a phone call is more personal than sex. After a month passed by, he was texting her much less, and Gloria felt that something was wrong. He seemed very distant. Eventually he wrote her that he is busy and doesn’t have much time to meet her anymore. To make a long story short, he broke up with her on WhatsApp. Classy move. Bravo.

Quote of the week from my Mama, “Never trust a man that only texts and never calls.”

Mon Dieu. Not a long time ago men would write women love letters, and seal it with their blood and honor! Today we get a smiley without even a nose :) to show us that they are half thinking about us. Why can’t they even attach the minus sign for the nose and at least make it a half decent smiley? ;-) Anyways gentlemen, we are not asking for your blood on a letter or even a nose, but at least a proper phone call now and then to show you care. The voice makes everything so much more personal. You can hear our gentle laugh, and we can enjoy your stories without the embarrassing autocorrect mistakes. Let’s not forget that many misunderstandings occur via texting because sometimes things are misinterpreted. Jokes are taken seriously or the other way around because you cannot hear the intonation of the voice. That’s how meaningless fights also start.

The motto for this year is: Text less and call more. Let’s try to get back to our roots. This goes for both men and women. Call him! Call her! In my opinion, it’s also a respect issue. Texting only is not romantic. I think that it’s lovely to get a quick call from your partner and hear their voice during the day. Or even a nice message on the voice mail if you can’t talk. Let’s try to make a bit more effort to charm our lovers. Even if you sound like Kermit the Frog, we don’t care, hearing your voice makes us happy! Start dialing.