Sounds like a funny yet terrible nickname, right? Unfortunately this label is not a good one and stems out of desperation. I created this nickname after an observation I made two weeks ago when I saw such a man working his tricks live in action. This is a type of man that has absolutely no standards or a qualification system, because he takes anything that he can get. His only requirement is a vagina. If one is there, then he will take it. He tries his pathetic luck with every woman that his eye catches, and 1 out of 10 will take the bait and go with him! Sadville.

Two weeks ago, I took the ICE train from Frankfurt to Munich. Unfortunately for me, the train drivers were striking that day, and there was a big chaos at the central train station. My friend and I jumped onto the Mannheim train because we could switch to the Munich one from there. Needless to say the train was completely full. We were lucky to get a seat at the bistro wagon. Across from us, I noticed a man starring at me. He was decent looking, what some would call “average”. He was tall, had dark grayish hair and was probably in his end 40s. He was in good shape and seemed friendly. Not an ugly man who would repulse anyone, but a normal guy. (Or so I thought!). I like to watch people, especially their behavior and interaction patterns.

The “1 out of 10 guy” saw that I was there with a man, but that fact didn’t bother him at all. He found his way into our conversation and flirted with me right in front of my friend – who could have actually been my boyfriend or husband. But 1/10-guy didn’t care. He just went straight for his target. He did not pique my interest because there was something a bit creepy about him – the way he kept starring me up and down from the corner of his eye. I kept to myself and did not engage in the conversation, so he got the point and backed off. Within 5 minutes he was chatting up another woman, yet still looking at me while flirting with her. Woman Nr. 2 wasn’t buying his sweet talk either. Next, he simply turned around in mid conversation and started talking to the woman on his other side – victim Nr. 3! She was a bit more gullible. She was buying into his charming talk, even though she clearly saw him flirting with 2 other women, right in front of her eyes! The train stopped in Mannheim and we had to switch.

We found another perfect spot in the bistro wagon. And guess what? Poof! Like magic, 1/10-guy appeared in the wagon and sat at a table in front of us. This gave me the perfect chance to observe the animal in his natural habitat. We had 2 more hours to go, and I kid you not, in this span of time, 6 women came and left his table! He even tried to chat up best friends that were sitting next to each other, to see who he could get. He was like a machine. He had no boundaries, no limits and absolutely no shame! Rejection, next. Rejection, next. Again, again and again. I was shocked by his ridiculously desperate persistence. Either he was an extremely horny man who hasn’t had sex in years, or was a psycho maniac, a rapist, or this was simply his normal behavior to lure someone into bed. Shocking.

What was even more shocking was the last one: woman Nr. 10. She boarded the train on the last station before Munich and sat beside him. She was about his age and already noticeably intoxicated. He ordered them both a glass of wine, just in case she doesn’t sober up before they arrive in Munich! She was speaking very loudly, in order to draw more attention to her. He needed a warm vagina and she needed attention – a match made in heaven. The train arrived in Munich and they both got out together. On his way out he gave me a nasty wink and left the train. Woman number 10 took the bait. He got her. We saw them kissing and getting into the taxi together. There we have it: out of 10 women, this dreadful guy managed to actually land 1!

Ladies he’s not the only one of this despicable sort. There are more of them out there. They go around trying their luck, sleeping with everything that moves. I wouldn’t want to see you become his next victim. Please do yourself a favor and be more observant, watch whom he speaks to, while eyeing you. Do not go home with a man like that. I don’t mean to be vulgar, but you don’t know which holes his penis visited a few hours before! It can also be very dangerous in regards to sexually transmitted diseases or he could be a rapist. Please turn your “awareness hat” on and make sure you don’t fall for his game. Unfortunately men like 1/10-guy don’t value women very much and only see them as objects for their bodily use. I don’t want to see you getting hurt by a repulsive man like that. You have standards and should choose a man who has standards as well. The right man should make you his queen and not woman Nr. 10 out of 10. You deserve to be number 1 – the one and only! 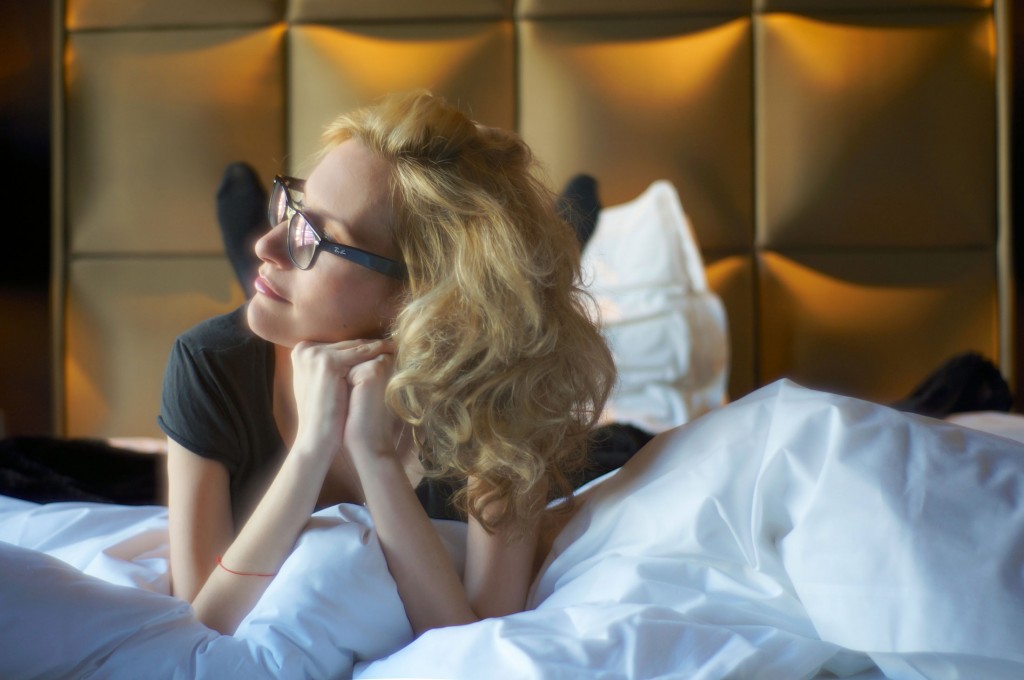 A perfect day for hanging out in the city!