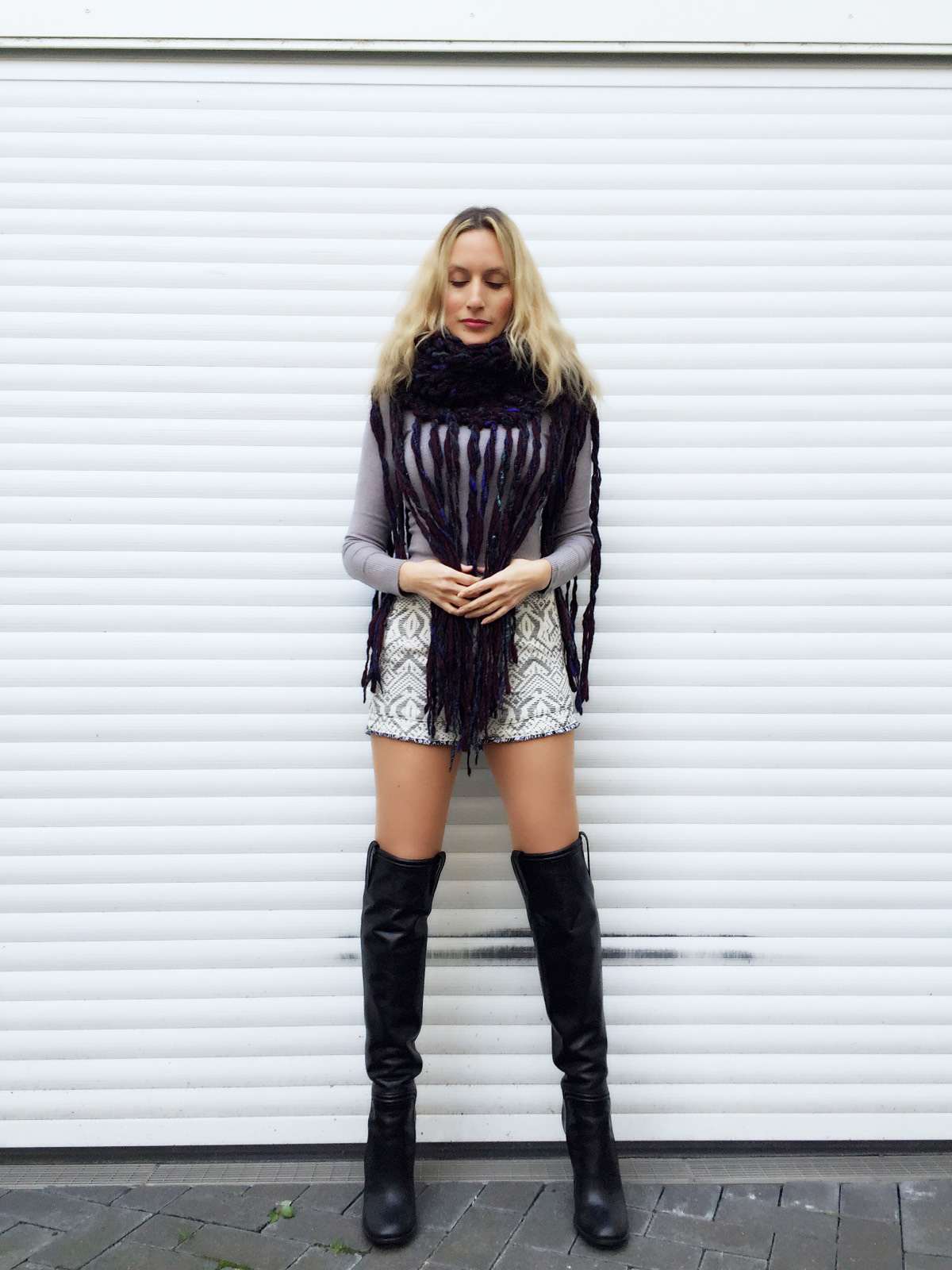 Over-the-knee boots: Yes, no or maybe?

If you asked me some years back what I thought about this edgy type of boot, I would answer you with a quick and definite “No way!”

I always identified over-the-knee boots with the Pretty Woman movie – Julia Robert’s infamous working the street outfit, and pulling Richard Gere into her sensual spider web. In other words, I never thought that I could wear such a boot on the streets of old school and classy Europe. Over time I watched carefully as the trend grew and realized that more and more women are jumping onto the over-the-knee boot bandwagon. Slowly these boots were coming out of their red light district image, and making their way into posh offices around the world.

An interesting fact according to Wikipedia is that, “Over-the-knee boots first became popular as riding boots for men in the 15th century, when extra protection was required for the legs when on horseback.” So ladies, these boots are almost as old as the oldest profession in the world.

Pierre Cardin brought the boots into fashion again in 1968, featuring them in his futuristic couture collection. They also made a reappearance every decade after that!

Finally in 2010, Auntie Gali thought to herself, “If it’s good enough for the riders of the 15th century, then it’s good enough for us too!” So I went to try on my first over-the-knee boots. I remember buying my first pair in a small family-owned shop in Florence. I tried them on with a pair of tight skinny jeans and an oversized sweater. I was surprised at how cool they looked and bought them.

Upon my arrival at home a few weeks later, I couldn’t bring myself to wear them. I thought that perhaps I’m too old fashioned after all to wear these screaming boots. And so these sad Italian stallions were locked away in the closet for 6 years! Some might consider that shoe-abuse. And for some like myself, clothing and accessories never get thrown away. I lock them up and they wait patiently for their big day to make a comeback. To be able to see the light again. Such good and devoted shoes – never complained, not even once!

A few months ago, when cleaning the skeletons out of my closet, I found these boots again. I dusted them off tried them on. They fit like a glove. I decided that it was finally time to do the knees. The time has arrived for our relationship to begin. I was then given a lovely pair of Gucci boots as a gift, and added them to my over-the-knee collection.

I must admit that I can only wear this type of boot with a block or thick heel. I could never wear the stiletto version. I would feel like I’m auditioning for the main role in the second part of Pretty Woman. This is not my cup of Earl Gray tea. However, the block heels look pretty damn cool!

So if asked again, would I ever wear over-the-knee boots? My answer after 6 years would be: “Absolutely!” Yes I’m a turtle grandma sometimes and it took me “only” 6 years to jump onto the over-the-knee boot bandwagon. But I’m finally there and enjoying every minute of it!

Have fun wearing your boots my darlings!!

Photos by: Polina Brener of Who Would Think? 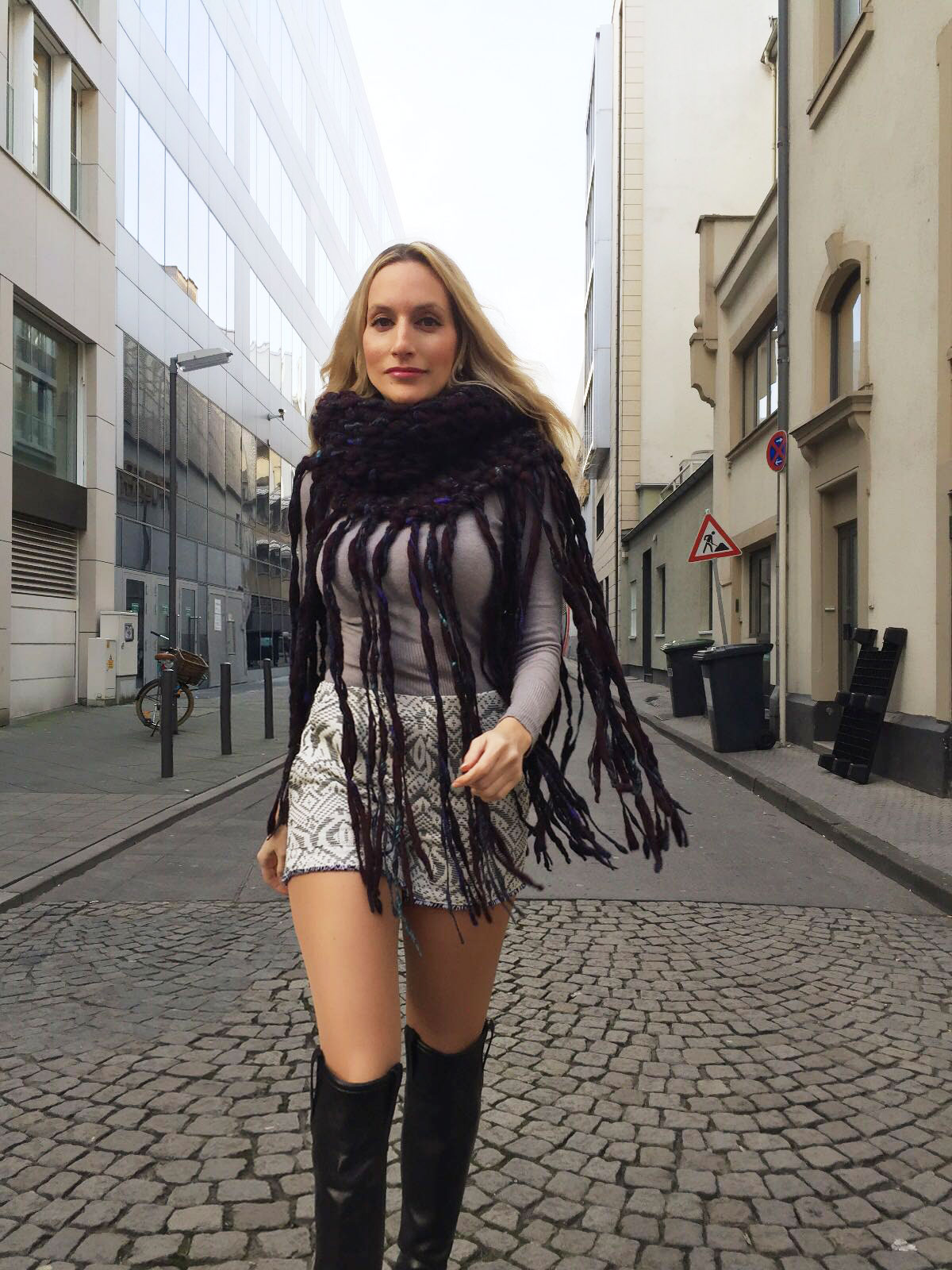 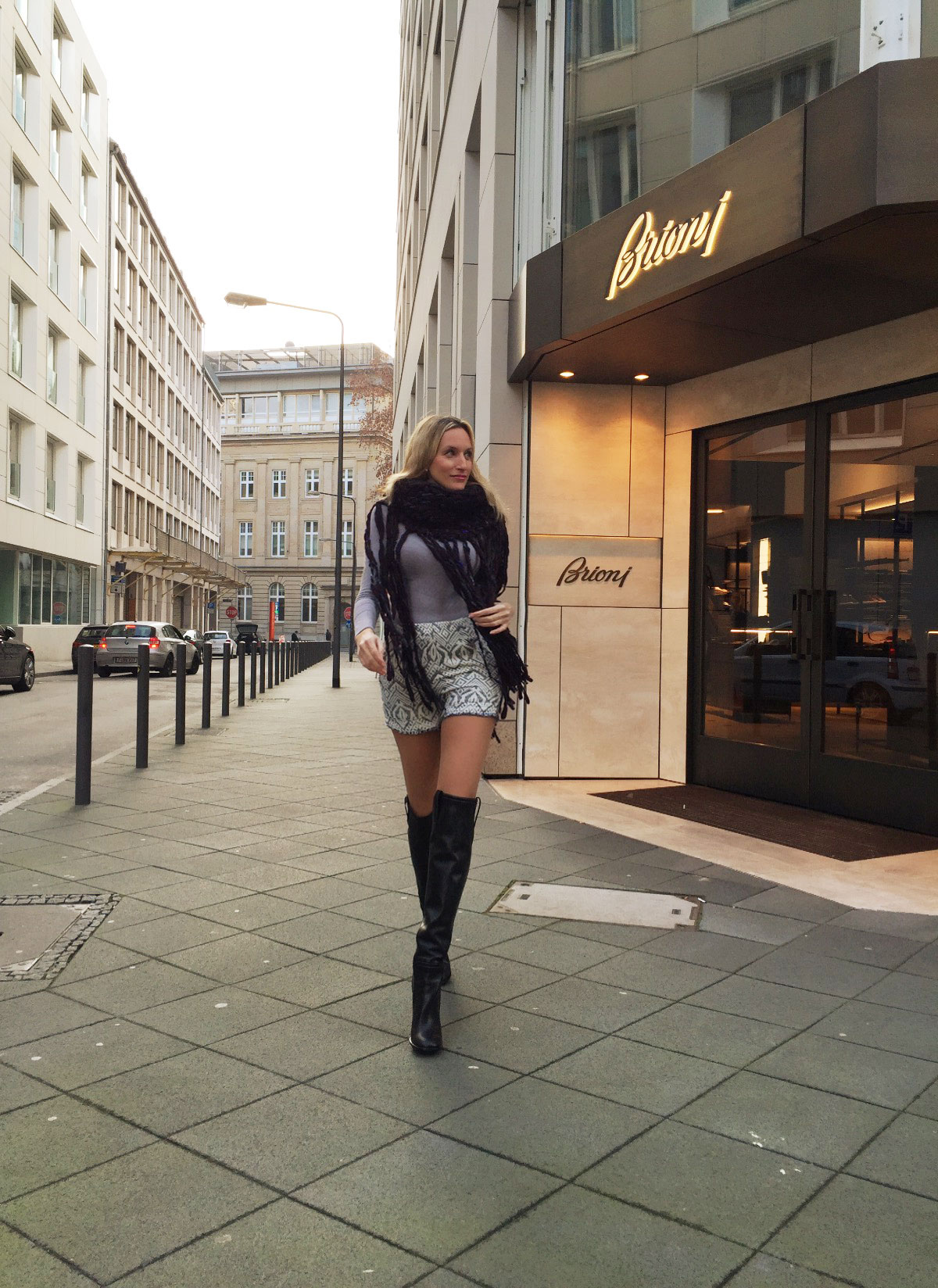 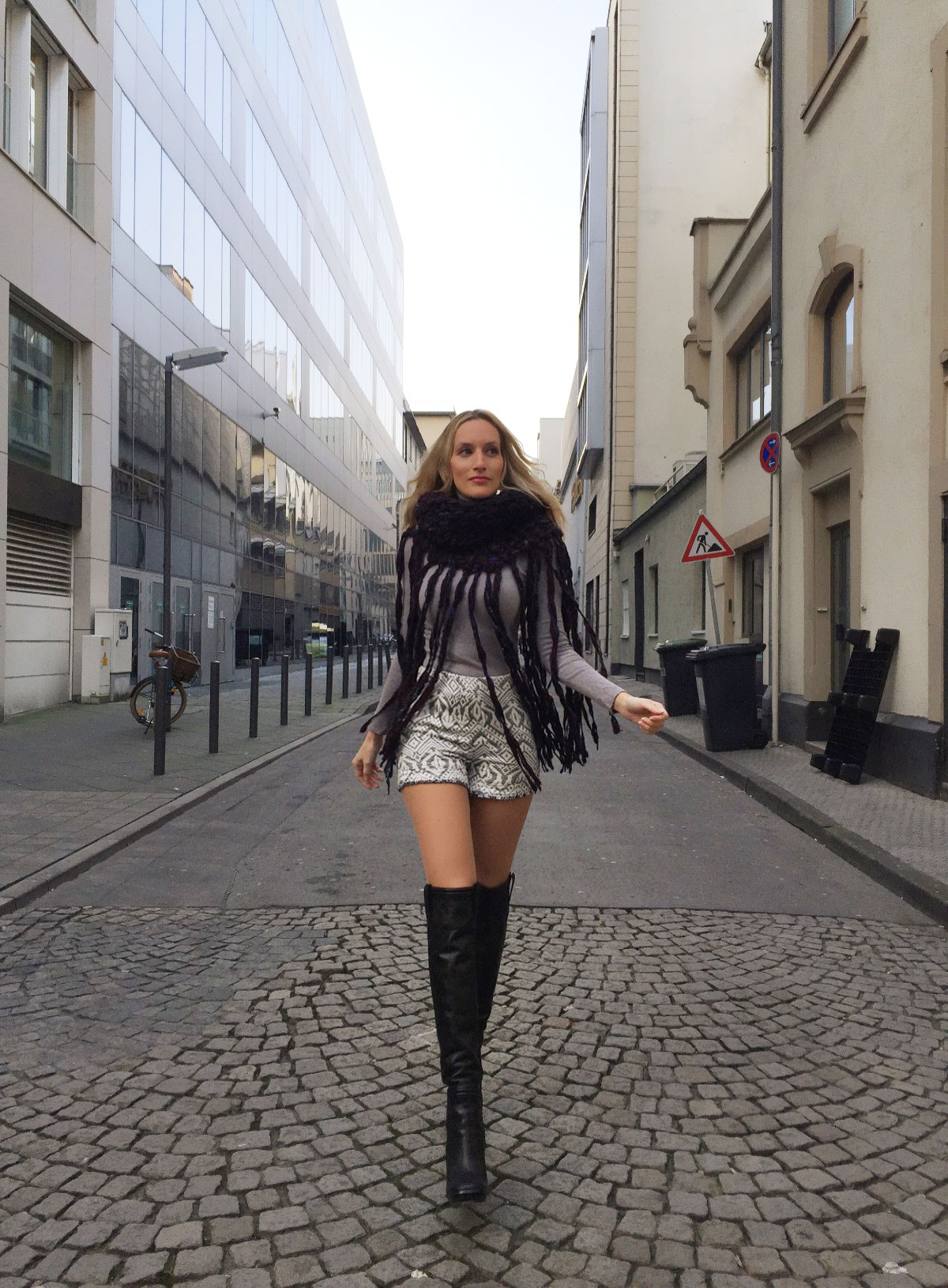 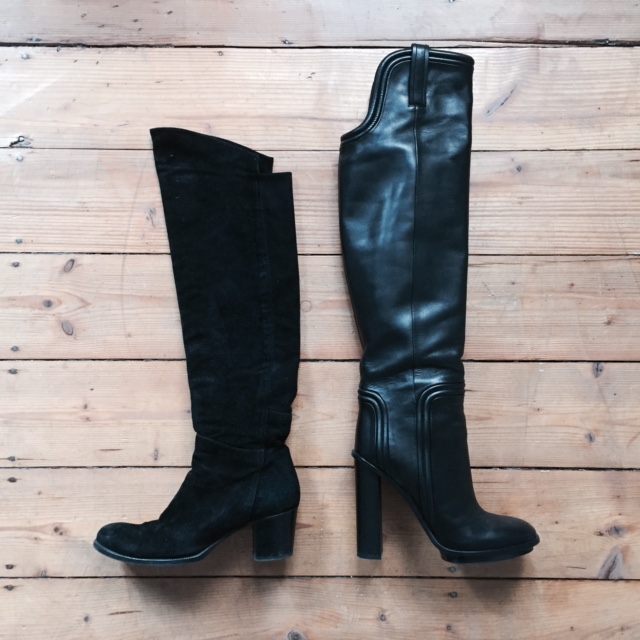